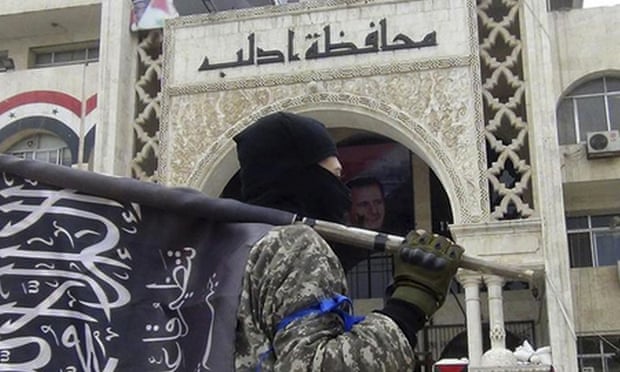 Counter-terrorism police have been asked to investigate claims that witnesses and claimants in a terror-funding case were intimidated by officials working for the state of Qatar, the high court has been told.

Allegations of perverting the course of justice emerged at the hearing in London on Wednesday in a case involving compensation claims submitted originally by eight Syrian refugees against Doha Bank, the headquarters of which are in the Gulf state.

The claimants say they fled to Holland after their lives and homes were destroyed by al-Nusra Front, a jihadist organisation that controlled parts of northern Syria. They are suing the bank because it was allegedly used to channel funds to the terror group, which is a proscribed organisation in the UK. The bank denies any wrongdoing.

None of the eight claimants have been identified. Doha Bank has offices in London, which has enabled the case to be brought in the British courts.

Emmerson said SO15, the Metropolitan police’s counter-terrorism command, had been given details of the campaign of intimidation involving attempts to pervert the course of justice in both the UK and the Netherlands. The incidents, the court heard, included attempts to bribe witnesses, surveillance and harassment. They had been carried out on the orders of the state of Qatar, he alleged.

The latest threats, it was said, involved night-time visits by masked men to the homes of individuals this week. The Qataris, it is alleged, are trying to identify those involved in the case despite the fact they are protected by anonymity orders.

Four of the claimants had in effect withdrawn from the action because of threats to their physical safety, the court was told.

Emmerson sought permission for a hearing about jurisdiction, scheduled for next week, to be delayed. The bank and other defendants have argued that the case should be heard in Qatar.

Sonia Tolaney QC, representing Doha Bank, denied that there was a police investigation into perverting the course of justice. The claimants had merely made a complaint that was being considered, she said. The allegations of intimidation had been known for many months and no action was taken to approach the police until very recently, she said.

“Qatar is a friendly foreign state to this country,” Tolaney said. “This country should be careful before entertaining wild allegations about [Qatar] interfering in public justice.”

Doha Bank, she said, was not controlled by the Emir of Qatar. “There’s real concern that this claim is politically motivated. Despite the claimants seeking anonymity, they have sought publicity [for this hearing].”

Giving her ruling, the judge, Rosalind Coe QC, said the case was highly unusual and involved very grave allegations. She agreed “reluctantly” to adjourn the case so that it could be “managed more robustly” and stronger evidence gathered.

The Qatari embassy in London and the Metropolitan police have been asked for comment.

Following the hearing, Jason McCue, a senior partner at the law firm of McCue & Partners, said: “It is clear that the claimants will not receive a fair trial if such alleged acts continue. We have faith that the British justice system will deal appropriately with these matters and thereafter enable our clients’ case to continue unhindered.”

Matthew Jury, the managing partner at the same law firm, said: “British justice is the envy of the world, a refuge for victims to hold perpetrators of international crimes to account and we must ensure it remains that way.”

A Met police spokesperson said: “We can confirm that on 9 November we received allegations relating to terrorism funding, perverting the course of justice and witness intimidation.

“These allegations are currently being scoped by officers from the Met’s counter-terrorism command with a view to determining whether there are grounds for a UK-based police investigation into these matters.”